Morten Dahl has a long career as a drummer, composer and writer. He may be best known as a founding member of TNT.

Morten got his nickname at a concert in Meldal (Trøndelag county, Norway). He was playing the drums like he always does, and one of the organizers stated: “You play the drums like a diesel locomotive!” It`s true and to most of us that`s his name: Diesel!

Diesel grew up in Trondheim in the 70’s and quickly developed an interest for loud Rock`n`Roll and motorcycles. When he was about 15 years old he started collecting drum equipment and drummed away, playing the drums on anything he could get his hands on! His older brother Ole, 15 years his senior, gave Diesel his first complete drumset for his Confirmation. 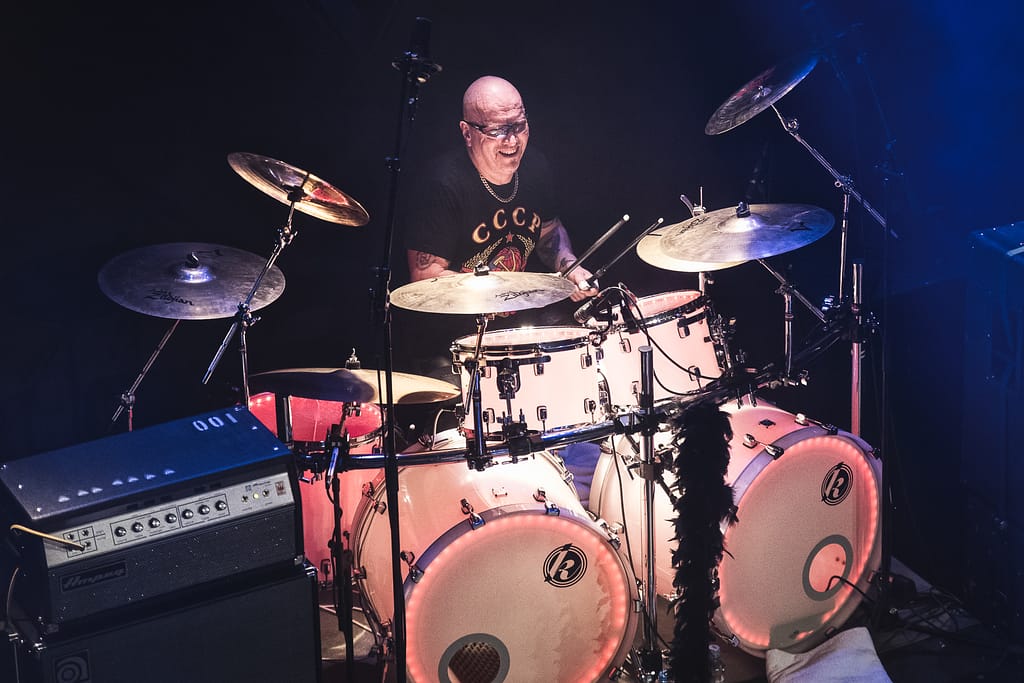 Diesel is an autodidact. He never played in a school, or marching band, and he does not read sheet music.

He started practising with the band Burn with Dag Ingebrigtsen in 1973. This was the start of a lifelong friendship and professional cooperation. They changed the the band’s name to Burn II in 1975. At that time the guitarist Hans Aafløy and bass player Terje Storli (later known as the bassist of Hotlips and to this day Stage Dolls) was a part of the band.  Burn II was OA for the legendary band Slade at Nidarøhallen (Today: Trondheim Spektrum) April 15th 1977!

When we get to 1978 Diesel is in the band Edge. He released two tracks on a compilation album with the title «7000 Riffs» (The postal zipcode for Trondheim starts with the number 7000). It was produced by the nestor in music, the honorable Åge Aleksandersen himself!  The album was released in 1979.

After this it got quiet for a while. But just a little while…

Diesel is back again in 1980-81, this time with Hotlips. It was the first band that palyed hard rock in small and medium venues outside the central aereas. It was exciting and innovative. Hotlips won The Norwegian Rock`n`Roll Championship (NM) in December 9th 1981 at Frimuerlosjen (Freemason Lodge), and again Diesel is behind the drums when the band is OA for Ian Gillian on March 23rd 1982, also in Nidarøhallen in Trondheim, Norway. (Tor-Erik Ledang, 22.04.2012, Ledang1962)

Dag Ingebrigtsen, a highly skilled musician and Diesel’s lifelong friend, was working on putting a band together in 1982 Diesel was an important and big part of making this band come to life. It is a significant part of Norwegian Music history. Steinar Eikum was the bass player at the time and we all know that RLT became the guitarist, and is so to this day. So with Dag, Diesel, Steinar and Ronni, formed the metal band we all know and love: TNT!

The story of TNT is in great part also Diesel’s own story. Numerous tours, records, studio work and interviews. Photo sessions, music videos and newspaper features, and not to forget prizes and awards!

TNT is the winner of Spellemannsprisen (Norwegian Grammy) in the category Rock for the album «Tell No Tales» in 1987. This significant event in Music history is of course documented in NRK Archives (Norwegian National Radio- and Television Broadcasting Company) and naturally, online.

In the beginning (Jan/Feb) of 1988 Diesel stablished the band TinDrum. The most known album is «Drums Of War». The title track was on top of the charts for weeks in 1988. This made an impact because heavy rock didn’t have much room in the mainstream music scene in Norway at the time. In May of 1988 «Drums of War» reached the top of VG – Lista: the chart to have your name on!  TinDrum had tour dates ready in the autumn of 1988. It started November 2nd and the band played at 18 different venues until December 15th that year. 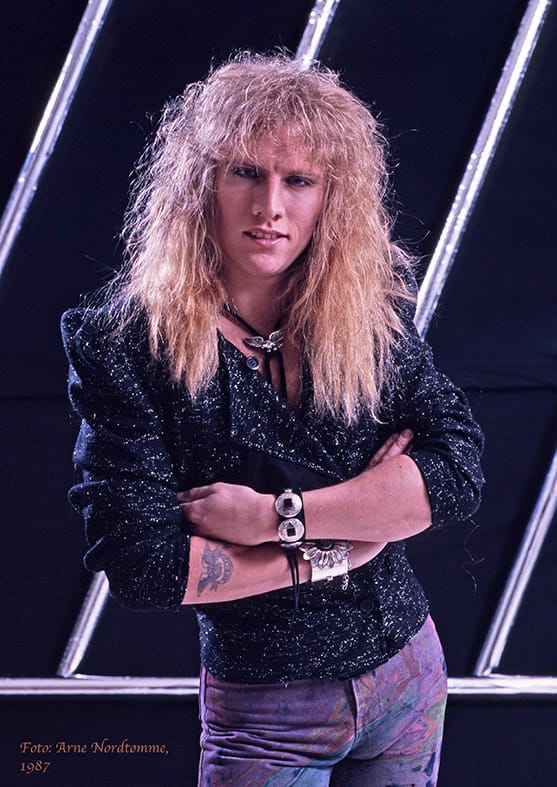 In October 1989, Diesel’s lifelong friend Dag Ingebrigtsen was back behind the microphone as he joined TinDrum, to release their second album «How ‘Bout This». The band toured extensively during the summer of 1990. The compilation album «Cool, Calm & Collected» was out the same year. After the tour, the song «She’ll Be Dancing» from the album «Whale Meat Again» was released in 1982.

In the autumn of 1992, Diesel announced that he would take a break from music, and spend more time with his family and pursue other projects and interests.

In 1995, Diesel returns forming the band «Diezel», to release the album «Willpower» the very same year.  They went on tour and promoted the singles «Love Got It’s Hold» and «When Sorrow Comes Alive». Unfortunately, by the time the second album was ready, the band Diezel was dissolved.

The «reCYCLEd» album, by Diesel & Friends was out in May of 1997, and tells the story of his 15 years (so far) in music. The album has classic TNT tracks, well known songs from TinDrum and some re-mixed versions of a couple of tracks from the album «Willpower».

The same year, in the autumn, with the TNT line- up; Diesel Dahl/Dag Ingebrigtsen/Ronni Le Tekrø/Morten Skaget (Morty Black), joined forces and did a charity concert in Trondheim, Norway.

Diesel has many and various cooperations and musical projects:

He has also worked with Terje Tysland, Jørn “JORN” Lande and Casino Steel.

When it comes to inspiration, Diesel mentions names like John Coghlan (Status Quo), John Bonham (Led Zeppelin), Mick Tucker (Sweet), and Brian Downey (Thin Lizzy). There is a certain punch to these names and their music, and this is a part of what gave Diesel his energy and drive to make his own music for several decades.

Diesel returned to TNT in 2003, he was back in the band he had a great part in founding. Fans finally got their Diesel locomotive back on the drums!!

September 16th 2019, Diesel and TNT were inducted in the Rockheim Hall of Fame. (Rockheim – National Museum of Popular Music) in a grand ceremony and celebration.